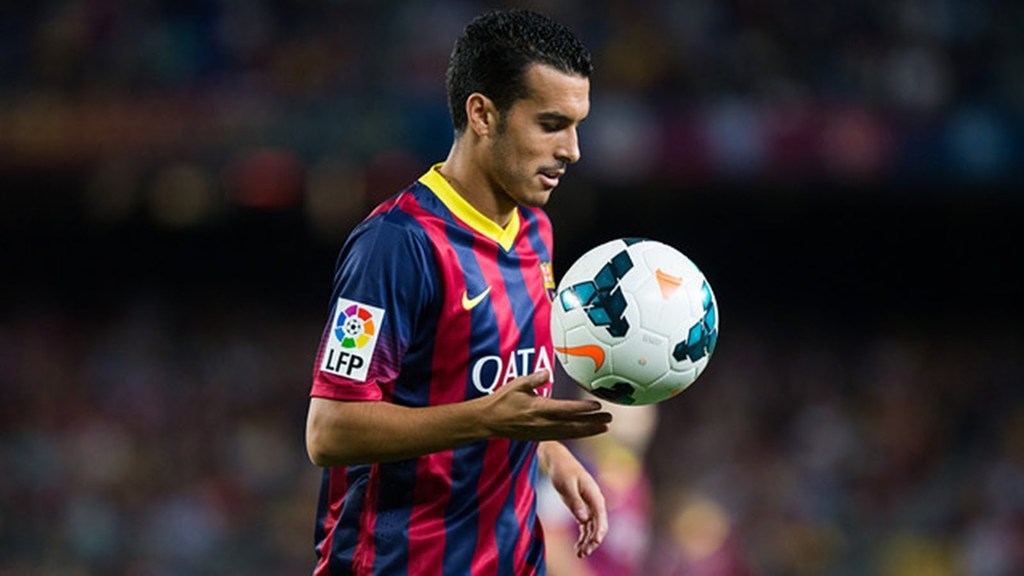 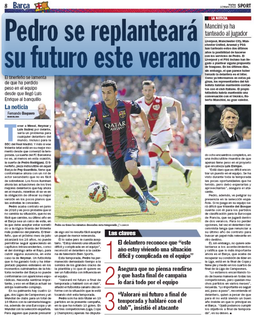 At the weekend we covered claims from Spain about the future of Barcelona's Pedro. Several Premier League clubs have been linked with a move for the Barcelona star but currently Liverpool look to be in pole among those. Sport had said they were able to confirm a Liverpool bid of €25m/£18m had gone in last summer for the 27 year old and had been rejected due to Barcelona's ban from buying players. The Spanish club didn't want to lose Pedro when they couldn't replace him. Liverpool made it known their interest remained and the bid was left on the table.

Sport, the newspaper, which claimed all of that, confirm on Tuesday that Liverpool are one of two clubs to actually be in contact over a Pedro transfer. Whilst Inter Milan, Manchester United, Manchester City and Arsenal are all linked once more, Sport say it's PSG and Liverpool who have actually made contact about a summer transfer.

Liverpool would surely have to secure Champions League football to sign Pedro, and PSG obviously find that task much easier in the inferior Ligue 1. Barcelona would like to keep Pedro given that he's an excellent player with an excellent attitude, but his contract ends in June 2016 and the Spanish international could be looking to be a star elsewhere. Follow us on Twitter @Sport_Witness