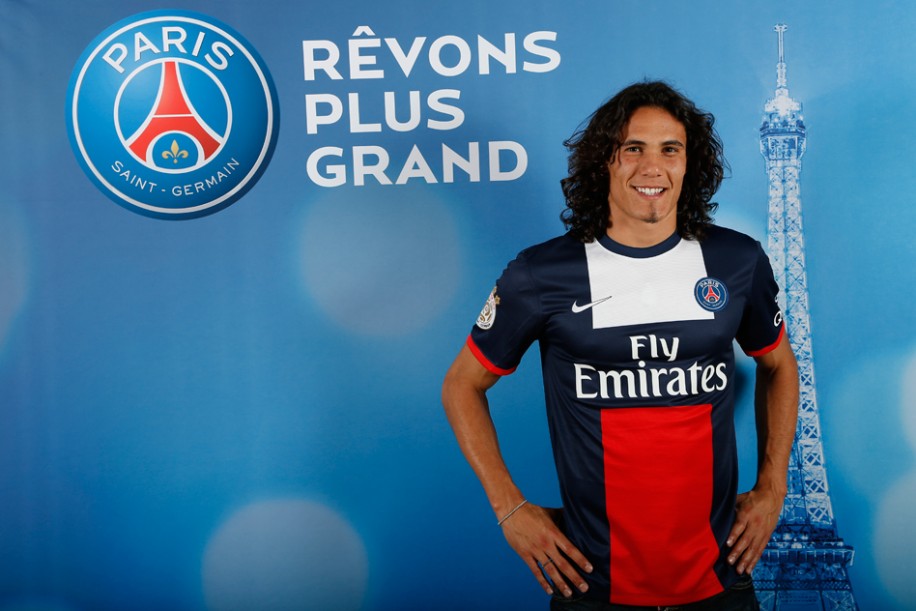 French newspaper L'Equipe have a big feature on the future of Edinson Cavani in their Tuesday edition. The Uruguayan striker isn't perfectly happy with his role at the French club and, likewise, the club aren't absolutely satisfied with him.

The problem for both parties is that Cavani is playing wide when he'd rather play centrally, somewhere he feels he can offer a lot more to the Ligue 1 team. Cavani is prevented from playing centrally because of a certain Zlatan Ibrahimovic and the Uruguayan's situation has caught the attention of a couple of clubs eyeing a transfer.

L'Equipe state that Manchester United and Atletico Madrid have made initial contact with the hope of signing Cavani, but as it stands PSG have no interest in selling the player. That could change dependent on their transfer plans.

An Ibrahimovic exit in the summer would give Cavani a better chance centrally. That would remain the same, say L'Equipe, if PSG signed either of their two major targets, named as Cristiano Ronaldo and Neymar.

If PSG failed to get either of those two, it's stated they could go for a purer central striker like Robert Lewandowksi, in which case Cavani would likely leave.

Ronaldo, Neymar or Lewandowksi? That's quite some shopping list.