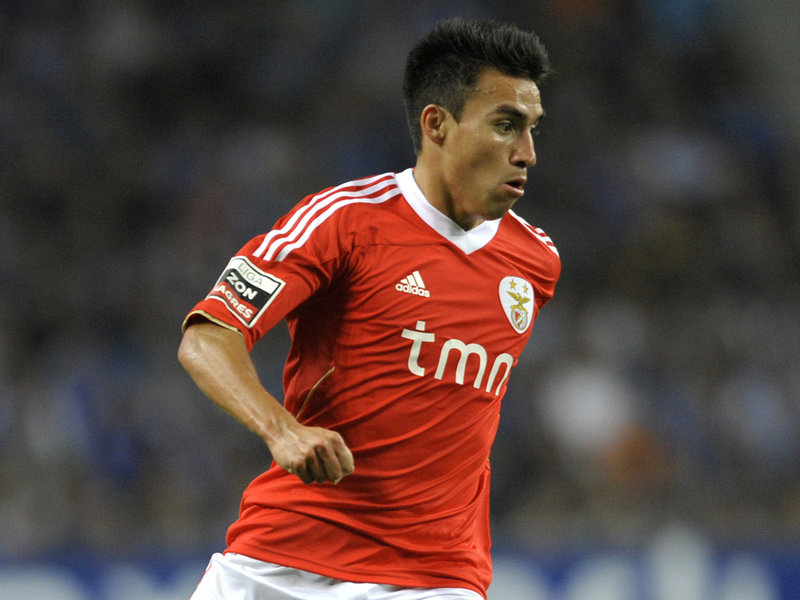 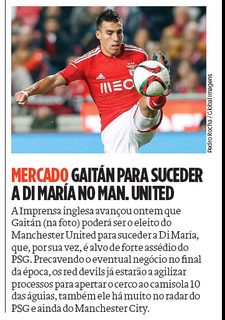 Transfer rumours can often sound mildly aggressive. Football clubs will chase, pursue, probe a player. They'll track him and then swoop, getting their target all tied up. It's not quite Fifty Shades of Gaitan but on Thursday Portuguese newspaper O Jogo claim that Manchester United are are set to 'tighten the siege' of the player.

O Jogo are interested because they claim there's been reports in England that Nico Gaitan could be a replacement for Angel Di Maria should PSG manage snatch him away from Manchester United. The Portuguese newspaper think they know better than that and say that Manchester United are interested regardless and may go for a less complicated situation... keep Di Maria and add his international pal Gaitan to the squad too.

Benfica have accepted that this is the summer Gaitan will finally leave the club. They had suspected that would happen last summer but the earlier than expected departure of Lazar Markovic perhaps put an end to that. Gaitan was given a pay rise to keep his spirits up and had his release clause reduced from €45m to €35m, indicating it'll be easier for him to leave this time around.

We've already covered O Jogo claims this month that Gaitan was still very much a Manchester United target and this appears to be a continuation of that.