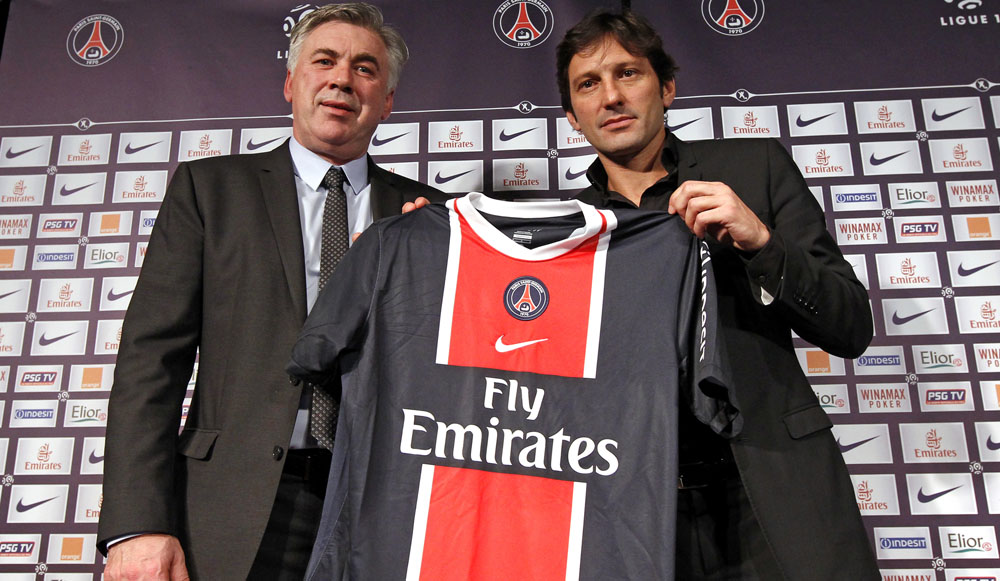 PSG have finally found themselves a new manager. Having asked just about everybody in football, checked down the back of the sofa and even tried to prise people out of retirement, the French champions are set to appoint Laurent Blanc. Far from Blanc seeming like he should be about 10th choice, perhaps he should have been something of an obvious candidate for the club all along. There have been talks about PSG wanting a more French feel at the club and he certainly ticks that box, plus having decent experience for his age.

The problem PSG were having is that they only wanted to appointed a manager for a year (there's a whole conspiracy theory to do with Wenger in there somewhere) and they couldn't find someone who would accept that. From the outside the job looks greats, huge budget, growing club and league, massive pay packet and you get to live in Paris. L'Equipe say that Blanc has agreed to a two year deal, with the second year dependent on how he performs in the first.

That leaves Carlo Ancelotti free to chase his Real Madrid dream and the Madrid based sport media have breathed a collective sigh of relief. AS proudly lead with 'Madrid appoint Ancelotti as PSG set to announce Blanc' and the others go with similar. El Confidencial says that Carlo Ancelotti can now join Real Madrid but will not be announced until July 1st, that's over a week away and seems like a lifetime at the Spanish club.

Why, after having to wait to get their man would they not just announce him right away and get on with things? Apparently it's all to do with tax levels and stated residency and employment of staff, if they start from the beginning of July they will pay tax at a lower rate, at least for the first fiscal year.

For the same reason, no player signings will be announced before that date, according to the same newspaper, and that could delay any sales from the club. If new employees (players or managers) can state they lived in Madrid for 180 days or less of the current Spanish tax year then they can pay 24% tax as opposed to 52%, it's a big difference.

It's enough to make Lionel Messi and his dad dizzy.