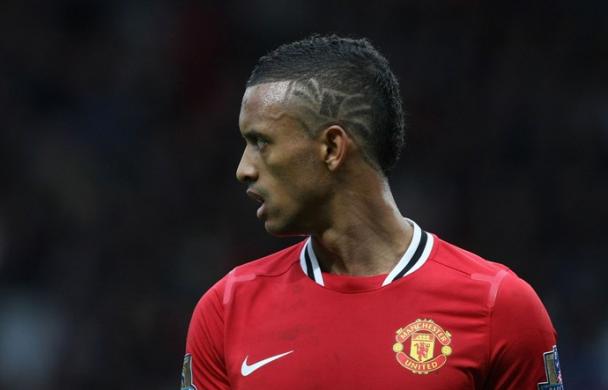 Corriere dello Sport aren't best pleased with Tottenham Hotspur today and claim that the London club have hijacked a Roma move which was almost completed for Manchester United's Nani. Corriere dello Sport are based in Rome and, like most European press, are loyal to their local side. They say that Franco Baldini, who was at Roma last season, has moved in to scupper moves the Serie A side had set up for PSV midfielder Strootman and Manchester United winger Nani. 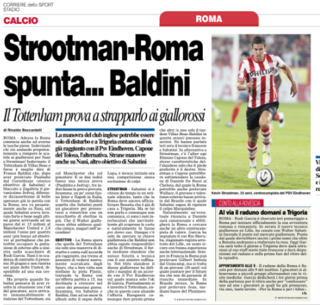 Baldini recently took up a director of football role at Tottenham Hotspur, similar to what he did for Roma, and Corriere claim that the two players are his choice rather than that of Andre Villas Boas. They're suggesting that he was working on deals for the pair whilst he was in Italy and has used that knowledge and contacts, made during arranging those potential moves, to benefit Tottenham.

The Strootman move wouldn't make huge sense, given the recent purchase of Paulinho, it's a chunk of money Tottenham don't need to spend unless they could get a bargain, or are planning on selling other midfielders. Nani sounds more likely.

Corriere claim it was all but sorted that he would become a Roma player, with a transfer fee of €15m to Manchester United and a wage of just €2.8m per year for four seasons. It's not specified but we assume that to be after tax, it's a lot less than the wage Nani was looking for and he probably wishes he hadn't given Manchester United such high demands last season. Corriere say he'll earn bonuses on top of that but it's hardly in football's top tier of wages, or even the secondary league.

Nani would be an exciting signing for Tottenham if the move went ahead and would be given a chance to prove to Manchester United how wrong they were. Corriere are going to be quite annoyed on behalf of Roma if Baldini has stepped in, knowing the amounts already discussed, and goes on to secure the Manchester United man for Spurs.

The Italian newspaper say, probably correctly, that Tottenham could offer more in wages to both the Dutch and Portuguese internationals. Nani has been linked with moves to Russia in the past and if it's purely money he's looking for then that would be a likely route, but the chance to stay in the Premier League may be a tempting one.

Tottenham are currently 7/1 to finish next season top of the London clubs. Bet £25 Get £25 Free Bet With William Hill.