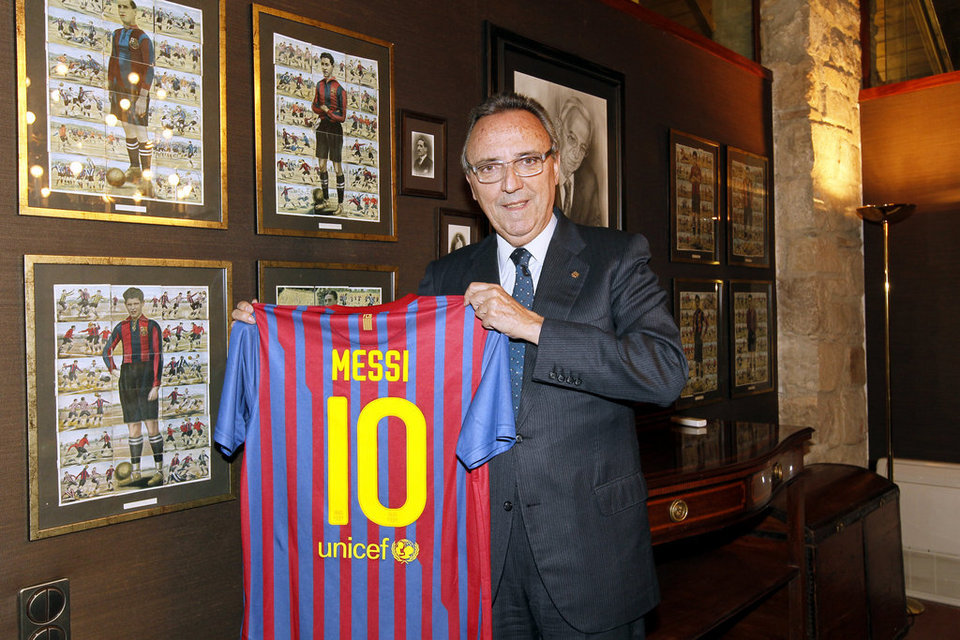 Arsenal are approaching negotiations regarding Alex Song in an unacceptable manner, it just won't do. They should be selling him to Barcelona for what the Catalans perceive his value to be, rather than for what they want. Do they think this is some kind of business transaction?

Those are roughly the views of Joan Gaspart, once the president of Barcelona and now vice-president of the Royal Spanish Football Federation, Spain's FA. The transfer of Alex Song may have nothing to do with Gaspart but that hasn't stopped him from getting involved and in a radio interview, quoted by Sport, he's lashed out at Arsenal and the way English clubs negotiate.

"The English are exhausting. The best way to deal with them is fixed [price], as does the club [Barca], give them a number and do not move from there. If they see that you have not gone up from a week ago, they begin to talk seriously. When they see you go up, they are insatiable."

He also said that 'the English are buyers and sellers, this is a business for them' which is obviously unreasonable behaviour from Arsenal, trying to get the best price for an asset they hold is so crass. In football surely it's better to just lose money.

The difference between Barcelona and many English clubs is that in the Premier League most clubs have to face financial reality and can't simply take huge loans from banks, who are happy to lend to help their image, and not bother about paying them back.

It's not just England, in Spain the smaller teams don't get such favourable financial conditions, but one advantage La Liga does have is the seemingly voluntary nature with which many clubs approach paying taxes. Huge debts are often built up and then an agreement made with the authorities to pay back much less, something which has annoyed football officials in Germany given the economic situation of the two countries.

Burt then again, football clubs shouldn't have to worry about such realities and Arsenal should just let Song go for whatever Barcelona decide he's worth, that's what Joan Gaspart clearly thinks.

Join up and comment on any of our articles or blogs.

You can then customise how  Sport Witness works for you. The design, layout and colours can be changed. One of very few websites to let you make them look how you please.

Got a point of view you want to make an article out of?

If you write something you think needs more attention then email us at info@sportwitness.co.uk and if we think it deserves it and is relevant, we'll help you push it and put you on the front page.

Read more of the latest news and opinion by seeing what's freshest from the Sport Witness team.

If you want to back Sport Witness then we're always happy to hear from prospective advertisers and partners, likewise if you wish to syndicate any of our work then give us a shout at info@sportwitness.co.uk

Spotted a story you think is right up our street? Let us know and we'll make sure we credit you should we use it. Give us a heads up by emailing info@sportwitness.co.uk