City may have won the battle, but now it's time for war. 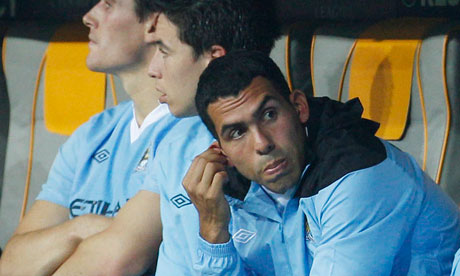 It's been three days now since the unthinkable happened. Since one of the most dislikeable footballers of all time stood up and finally said…

Before I start, let me make it clear, I have little or no sympathy for managers who are sacked. Most people sacked from their chosen profession, do so without a handsome pay-off and find the blot on their CV makes future employment more difficult.

Manager’s who are sacked for under performance, almost never walk away without compensation and in most cases, can regain employment relatively quickly. Even if they can’t get back into management immediately, media opportunities… 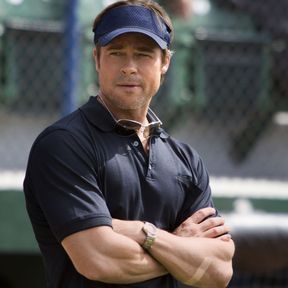 Okay, okay...so maybe the title is stretching it a bit but its my first article so I start as I mean to go on. The title could have also read "How economics can win England the World Cup" but quite frankly thats even more frivilous with the truth than the notion that Brad Pitt should be bossing drills at Burton-on-Trent......…

Why are there no women coaches in top-level sport?

Could you imagine Hope Powell pacing up and down the touchline at Old Trafford?  Watching on and directing the likes of Rooney, Giggs and Evra.  No of course not, this could never happen you say.  She doesn’t know enough about the game, she doesn’t have any respect from the players, it just wouldn’t work.  But why not?  The question of why there are not as many black coaches in sport is often pondered upon throughout the sporting world.  Many argue that they are not given a fair opportunity,…

Local rivalry games are games were pride is very much the key and form books are thrown out of the window. This guide shows the top five the Premier League currently has to offer.

The 'Black Country Derby' is the best midlands derby the Premier League has to offer this season but it's nothing short of drama, West Brom winning 5-1 at Molineux recently cost Mick McCarthy…

Supporting Wolverhampton Wanderers for the entirety of my football following life has brought no end of emotional ups and downs. Having sat through second-tier, mid-table mediocrity for a decade under Graham Taylor, Mark McGee and Colin Lee, a short period of success with Dave Jones and a dismal ‘draw specialist’ season under Glenn Hoddle; Sunday’s deserved 5-1 defeat to West Bromwich Albion was the absolute worst single result I have ever experienced as a Wolves fan. By the time Peter…

Take one Northern Irish manager, add a passionate football club in the North East of England, and give it an absolutely massive kick up the proverbial. It's an equation for success, as proven with a monumental climb up the table. Ladies and gentlemen, this is the Martin O'Neill effect.

When O'Neill took over from Steve Bruce in early…

Back in June 2011, the man of the moment Andre Villas-Boas took the reigns at Chelsea, and in doing so became the most expensive managerial appointment world football has ever seen.

His £13.3m price tag automatically put a lot of weight on his shoulders, and expectations were high for the now 34 year-old, who won four trophies in just two seasons…

I’ve heard many so called "football experts" have their say on this, and as yet none of them can give a reason for their opinion. What am I talking about? Older players playing for England…

The issue has once again been brought up with Paul Scholes showing the kind of form that makes you forget he’s in his late 30’s. The subsequent rumours that Scholes may be tempted out of international retirement fuelled by the his recent return (with…

The Media - Friend or Foe?

There is no getting away from the disaster that was the pre-match routine in the weekends Manchester United v Liverpool match but Liverpool have since done all that they could to remedy the situation and credit must be given to the club for the same.

The statements released from Ian Ayre, Kenny Dalglish and Luis Suarez on Sunday – whether prompted by their American employers or not – were just what the situation required and the speed, in which they were issued, will hopefully help…

Real Madrid registered yet another victory at the Santiago Bernabeu. They thumped a resurging Levante 4-2 and in the process extended their lead to 10 points at the top of the table.

The victory brought extra flavor, as Osasuna damaged Barcelona’s title challenge by crushing them 3-2 at home on Saturday night. The stage was set for Madrid to grab the opportunity with both hands. They did, but with extra swagger and style.

It was a familiar story, same soap opera. Madrid will…

This week's hardly been great. The FA lose a manager after removing the allegedly racist captain. The new managerial candidates will be discriminated against should they not be British. Micah Richards leaves Twitter after a three month torrent of racial abuse. And Luis Suarez refuses to shake the hand of Patrice Evra, inciting outrage after the previous…

This is for the so-called Liverpool supporters I've been listening to recently, just to stir it up nicely before 12.45...

Last Saturday I received an e-mail from a friend and former blog colleague, called The Promised Land, to which somebody had decided to leave a comment dealing with my 'About Me' section on the web page. It read as follows;

There is one major question this week in English football.

Who the hell will be England boss?

It's quite an easy question, but only if you have a favourite gaffer. Spurs fan? 'Arry. Liverpool fan? Gotta be Rafa Benitez. Glory hunter? Let's grab Jose whilst we can.

In reality, it's a very, very difficult decision for David Bernstein and the rest of the big guns at The FA. Having backed themselves into a corner in 2010, when…

Harry Redknapp – The Greatest Manager in the World….Ever!

Firstly, let me start by saying generally I’m a fan of Harry Redknapp and I’m not a fan of Fabio Capello. So all in all it’s been a decent week.

However, without wishing to bring an air of negativity to the feel good factor that seems to be filling the country with renewed optimism at the moment, should we really be as excited as we are?

Are we not just setting ourselves up for the usual fall we experience following England?

Don’t get me wrong, I don’t believe…

To Protest or not To Protest that is the question....

I find it a tough call, we all want a winning team, but we want to see our youths given a chance.

We want to see our club be on a sound financial footing but we want our club to be spending monies on transfers...

Back in 2005, not far from the ruins of the Incan Empire's most famous city, Macchu Picchu, a 16 year-old boy smiled, holding a shining trophy high above his head.

The boy, Giovani dos Santos, had just captained Mexico's U-17 squad to its first World Cup championship in any category, turning in a stellar performance that helped him obtain the tournament's Bronze Ball award.

With FC Barcelona's famed youth academy handling dos Santos' development, it seemed like the sky was the…

Just when we all thought we could start to move on from the Luis Suarez/Patrice Evra controversy, Kenny Dalglish has decided to re-address the issue. Asked if he was happy with how Suarez had played after coming on as a substitute against Tottenham on Monday night, the Reds manager couldn’t resist replying “he should never have been banned in the first place.” Sometimes, managers can be prompted by interviewers immediately after games, but Andy Burton wasn’t fishing for controversy. This was…

The New York Giants beat the New England Patriots 21-17 on Sunday evening after being behind in what was arguably one of the best Superbowl games of recent times.

The January Transfer Window: A month in the football calendar in which fire sales and panic buys are all secretly enjoyed by fans in amongst hoping that there club comes out on top by securing the signature of that goal scoring or creative gem rarely found at this time of the year. This is typified by the sheer euphoria of deadline day. A day that has increased in significance over the past couple of years in which fans across the country hammer various forms of media in a hope they’ve…