No.... the Football Association.

With incredible incredulity (waited years to get that saying in a passage) the Football Association have gone and...well let's say, given the mighty sporting press and alleged experts of old blighty, a bloody nose.

At time of writing (oooh doesn't that sound all professional, I could get on the Mail or Express at this rate, or just set fire to myself,…

Harry Redknapp: Is It Time to Swap White for White?

How Times Are Changing

The Euro 2012 tournament will begin on 8 June in Warsaw (Poland) – another tournament in which England promise so much, but will probably end up…

Di Matteo - A Master Plan or a Stroke of Luck?

AVB confiding in his successor

Andre Villas Boas was brought to Chelsea with Abramovich’s hopes high and pockets emptied. His money rested on such a young man’s shoulders. He maybe saw him as the next model Mourinho, a young, suave Portuguese manager who seemed to have the charisma and the tactical incision that he had always look to replace, but he hadn’t found another ‘Special One.’

He started well, making good signings and the…

Tottenham: Where Did it all Go Wrong?

Tottenham currently find themselves 5th in the table with only one win in their last nine matches. Tottenham who were 3rd in the league just before Christmas and seemed to be the only team capable of keeping in the touch with the two Manchester sides, who went on to run away from the rest of the challenging bunch. Tottenham, were, for many people playing the most attractive football in the league including Sir Alex Ferguson, and after 20 games they only failed to score…

In Defence Of Didi

Like most British football fans, I first encountered Didier Drogba after his explosive hat-trick for Marseille against Partizan in 2003. And, again like most British fans, I watched in annoyance as he arrived at Stamford Bridge and apparently took on the personality of a 9-year-old child.

I marveled at his goals, but wondered how a man built like a horse could be brought…

To Dive or Not to Dive?

Picture the scene. It’s the Final of the European Championships and unbelievably, England are there. We’ve somehow circumnavigated the usual quarter final penalty shoot-out defeat and we’re on the cusp of victory.

At nil-nil with 10 minutes to go, Ashley Young bears down on goal and is caught by the fullback. I say caught, gently brushed or stroked may be a more appropriate description but he goes down like he has been rugby tackled by an New Zealand All Black and the referee…

The Necessary Evil That Will Change Football For Good

Another weekend, another call for technology to be introduced into real-time decision-making in football.

On Sunday, Chelsea, 1-0 up in the FA Cup semi-final against Spurs, were awarded a goal for an attempt that did not cross the line. The list of similar incidents that have stoked the calls for goal-line technology can go on for a very long time.…

Another trip to Wembley. Another defeat to Liverpool. Another chance missed.

As the dust has settled on the weekend’s Semi-Final, the overwhelming feeling of disappointment feels like it’s getting worse rather than better.

Like all other Evertonian’s I’m hurting and I’m not embarrassed to say it.

I’m already dreading Cup Final day and that inevitable feeling of “it should have been us”.

I’m writing this article because I can’t sleep.

Why can’t I sleep? Because tomorrow is THE day. Ever since Everton secured their place in the FA Cup Semi-Final with victory over Sunderland, this weekend has been etched on the mind of every football fan from Merseyside and beyond.

I can’t wait but I can….if you know what I mean?

In the Summer, Sir Alex Ferguson has a mountainous decision to make. Does he offer the perennial Paul Scholes another 1 year contract, or does he look to find a replacement for the pass master?

Many have said that the reason why Manchester United has been so successful this year is due to the resigning of the midfield maestro, and it would be hard to argue with them.

In the previous match against Queens Park Rangers, Scholes was on the pitch for 74 minutes. Within that time,… 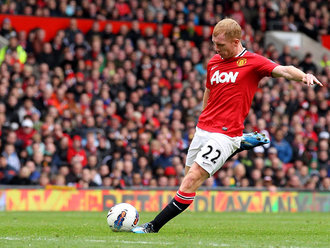 The January transfer window is, for the most part, a complete waste of time...it seems the only ones in favour of it are the editors at sky sports news.

Managers hate it because it creates a highly elastic market - a little increase in demand results in a huge increase in price- as Fergie stated a few years back "theres no value to be had"...

A case for the defence? 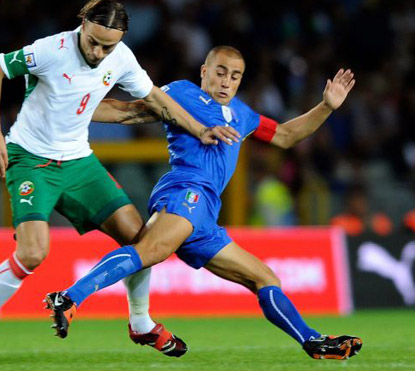 Is the defender dying?

The 4 quarter finalist in this CL to my mind all share one thing - Suspect defences. And to me this speaks to a wider trend in football which is undervaluing the defender.

Think of a great defender..either a world wide star of repelling opposition attacks or one who turned that role into an art form. Chances are the… 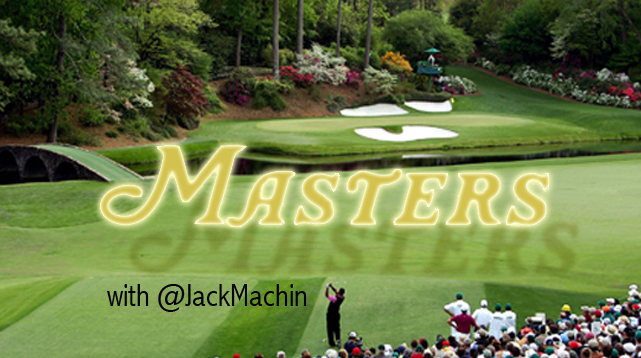 So that's Day 1 over with. An odd day of golf, with the weather constantly threatening to spoilt everything. It started well for the Swede (is this the right word?) Henrik Stenson, who was leading for the majority of the day, before hitting eight on the last hole. What could have been an excellent round, topped off by everyone else being delayed by rain as he sat in…

"The only thing worse than no TV is Golf... On TV" (Malcolm, Of In The Middle)

I fell in love with Golf exactly a year ago. Having played a little when I was younger, the beautiful scenery of Augusta and the incredible play of Rory McIlroy and his pure liquid gold swing made me want to go out and start…

As we approach the business end of the season, the top of the league has an alarming familiarity to it.

Last night’s victory against Blackburn has left Manchester United 5 points clear at the top of the league and clear favourites to lift the trophy once again.

It was a seminal moment in the title chase. For the first time in a long time there is daylight between the Manchester clubs and with united in the ascendancy, you wouldn’t bet against them increasing that…

Is the Kings Crown Taking a Wobble?

Warning: Please read with caution if you are a Liverpool fan. For the majority of you, you will disagree with me. For those don’t disagree, you will probably feel incapable of agreeing with me because I am a “bitter blue”. But rest assured, these views are not just those of an Evertonian but shared by most football fans throughout the country.

Kenny Dalglish was a fine player. Many will say he was the greatest player that Liverpool Football Club has ever…