Football this year has been evil. Maybe it has always been evil but this year in particular it has stood out to be evil. Let's have a rushed and disorganised look through some of the years most evil events in football.…

Spurs - Things Can Only Get Worse?

Robbie Savage, this week, predicted, on Radio 5 Live Football Focus, that the top three would finish as follows: Manchester City, Tottenham Hotspur and Manchester United respectively. It would be difficult to find a non-Man United fan that wouldn't disagree with the his prediction of Manchester City to finish in 1st place, however, to predict Spurs to finish 2nd must surely be a prediction that has come from Robbie Savage's heart, rather than his head.

Joey Barton may have promised to tone down his twitter posts after dinner with ‘three wise-men’, but every time his omission from the England squad is announced, I wonder how hard he has to fight to post his true feelings towards his exclusion?

However, the reason Barton perhaps opts not to is because of the multiple factors that aren’t in his favour.

Take his former club, Newcastle, for example. It could be argued that Newcastle have taken many by surprise this season, and… 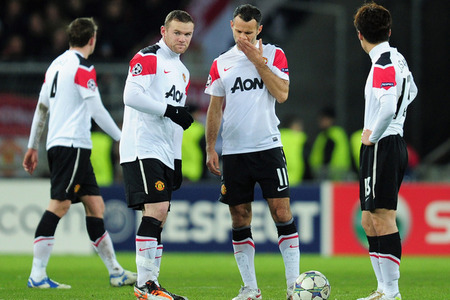 I've had 12 hours or so to calm myself down from the catastrophe that is Thursday nights, Channel 5. It's utterly humiliating - and it shouldn't be; but we've grown to expect the best from United.

There's a level of apathy in that United squad currently, and that's what has led to consistent poor performances since late September. I feel low and embarrassed,…

Well that was a surprise. Wayne Rooney’s appeal against his 3 match UEFA ban has been partially successful, with the ban reduced to 2 games, with the third suspended.

Whichever way you look at it, Rooney – and indeed Capello’s England - have been exceptionally lucky with the decision.

What was the basis of the appeal? He was sent off for kicking out and violent conduct comes with an automatic 3 match ban. Surely it was cut and dry wasn’t it?

So how did he manage…

All I Want For Christmas Is The Destruction and Annihilation of International Friendlies...

It's been a long time coming has this post. It's been brewing for a long, long time, and like a rather good gassy blow-out, it's about to appear and make you all run like hell.

For those of you still with me, thankyou. I know how dull it is, and that's my point really. International football used…